Adhering to certain rules of grammar and mechanics helps us keep our writing clear and consistent. This section will lay out our house style, which applies to all of our content unless otherwise noted in this guide.

Write for all readers. Some people will read every word you write. Others will just skim. Help everyone read better by grouping related ideas together and using descriptive headers and subheaders.

Focus your message. Create a hierarchy of information. Lead with the main point or the most important content, in sentences, paragraphs, sections, and pages.

Be concise. Use short words and sentences. Avoid unnecessary modifiers.

Be consistent. Stick to the copy patterns and style points outlined in this guide.

If there’s a chance your reader won’t recognize an abbreviation or acronym, spell it out the first time you mention it. Then use the short version for all other references. If the abbreviation isn’t clearly related to the full version, specify in parentheses.

If the abbreviation or acronym is well known, like API or HTML, use it instead (and don’t worry about spelling it out).

Words like “was” and “by” may indicate that you’re writing in passive voice. Scan for these words and rework sentences where they appear.

One exception is when you want to specifically emphasize the action over the subject. In some cases, this is fine.

When writing out an email address or website URL, use all lowercase.

Don't capitalize random words in the middle of sentences. Here are some words that we never capitalize in a sentence. For more, see the Word List.

They’re great! They give your writing an informal, friendly tone. In most cases, use them as you see fit.

Emoji are a fun way to add humor and visual interest to your writing, but use them infrequently and deliberately.

Spell out a number when it begins a sentence. Otherwise, use the numeral. This includes ordinals.

Sometimes it feels weird to use the numeral. If it's an expression that typically uses spelled-out numbers, leave them that way.

Numbers over 3 digits get commas:

Write out big numbers in full. Abbreviate them if there are space restraints, as in a tweet or a chart: 1k, 150k.

Generally, spell out the day of the week and the month. Abbreviate only if space is an issue in the app.

Use the % symbol instead of spelling out "percent."

Use a hyphen (-) to indicate a range or span of numbers.

When writing about US currency, use the dollar sign before the amount. Include a decimal and number of cents if more than 0.

When writing about other currencies, follow the same symbol-amount format:

Use dashes without spaces between numbers. Use a country code if your reader is in another country.

Use numerals and am or pm, with a space in between. Don’t use minutes for on-the-hour time.

Use a hyphen between times to indicate a time period.

Specify time zones when writing about an event or something else people would need to schedule. Since Prospect.io is not based in the United States, we have choose default to ET.

Abbreviate time zones within the continental United States as follows:

When referring to international time zones, spell them out: Nepal Standard Time, Australian Eastern Time. If a time zone does not have a set name, use its Coordinated Universal Time (UTC) offset.

Abbreviate decades when referring to those within the past 100 years.

When referring to decades more than 100 years ago, be more specific:

Apostrophes can also be used to denote that you’ve dropped some letters from a word, usually for humor or emphasis. This is fine, but do it sparingly.

Use a colon (rather than an ellipsis, em dash, or comma) to offset a list.

You can also use a colon to join 2 related phrases. If a complete sentence follows the colon, capitalize the 1st word.

When writing a list, use the serial comma (also known as the Oxford comma).

Otherwise, use common sense. If you’re unsure, read the sentence out loud. Where you find yourself taking a breath, use a comma.

Use a hyphen (-) without spaces on either side to link words into single phrase, or to indicate a span or range.

Use an em dash (—) without spaces on either side to offset an aside.

Ellipses (…) can be used to indicate that you’re trailing off before the end of a thought. Use them sparingly. Don’t use them for emphasis or drama, and don’t use them in titles or headers.

Ellipses, in brackets, can also be used to show that you're omitting words in a quote.

Leave a single space between sentences.

Use exclamation points sparingly, and never more than one at a time. They’re like high-fives: A well-timed one is great, but too many can be annoying.

Never use exclamation points in failure messages or alerts. When in doubt, avoid!

Use quotes to refer to words and letters, titles of short works (like articles and poems), and direct quotations.

Periods and commas go within quotation marks. Question marks within quotes follow logic—if the question mark is part of the quotation, it goes within. If you’re asking a question that ends with a quote, it goes outside the quote.

Use single quotation marks for quotes within quotes.

Go easy on semicolons. They usually support long, complicated sentences that could easily be simplified. Try an em dash (—) instead, or simply start a new sentence.

Don't use ampersands unless one is part of a company or brand name.

When referring generally to a file extension type, use all uppercase without a period. Add a lowercase s to make plural.

When referring to a specific file, the filename should be lowercase:

If your subject’s gender is unknown or irrelevant, use “they,” “them,” and “their” as a singular pronoun. Use “he/him/his” and “she/her/her” pronouns as appropriate. Don’t use “one” as a pronoun.

When quoting someone in a blog post or other publication, use the present tense.

Capitalize the names of departments and teams (but not the word "team" or "department").

Capitalize individual job titles when referencing to a specific role. Don't capitalize when referring to the role in general terms.

Don't refer to someone as a “ninja,” “rockstar,” or “wizard” unless they literally are one.

The first time you mention a school, college, or university in a piece of writing, refer to it by its full official name. On all other mentions, use its more common abbreviation.

On first mention, write out United States. On subsequent mentions, US is fine. The same rule applies to any other country or federation with a common abbreviation (European Union, EU; United Kingdom, UK).

Capitalize the names of websites and web publications. Don’t italicize.

Avoid spelling out URLs, but when you need to, leave off the http://www.

Capitalize the proper names of Prospect.io products, features, pages, and tools. When referencing non-trademarked products like Email Finder, Extension, include "Prospect.io" in the name on first mention.

Writing about other companies

Honor companies’ own names for themselves and their products. Go by what’s used on their official website.

Write in plain English. If you need to use a technical term, briefly define it so everyone can understand.

Use italics to indicate the title of a long work (like a book, movie, or album) or to emphasize a word.

Use italics when citing an example of an in-app Prospect.io element, or referencing button and navigation labels in step-by-step instructions:

Don’t use underline formatting, and don’t use any combination of italic, bold, caps, and underline.

Leave one space between sentences, never 2. 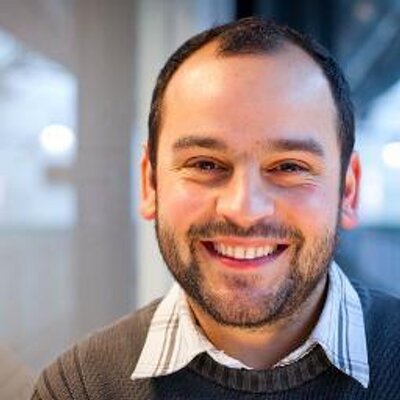